August 6, 2011 · by Laura Stadler-Jensen · in Uncategorized · Leave a comment

Back in 2008, I had the opportunity to interview design historian Judith Gura, professor at the New York School of Interior Design and associate professor at Pratt Institute, about her book, “Sourcebook of Scandinavian Furniture: Designs for the 21st Century,” and published a Q&A based on the interview for Copenhagen Exclusive Magazine (see below). It was the first book in more than two decades on Scandinavian furniture design and covers Nordic design history and more than 500 furniture pieces from 70 manufacturers in Norway, Finland, Sweden, Iceland and Denmark. The book contains everything from contemporary classics to cutting-edge modern pieces. In addition, it looks like Judith has published a newer version of the book entitled, “Scandinavian Furniture: A Sourcebook of Classic Designs for the 21st Century,” published in 2010. Here are a few of my personal favorites. 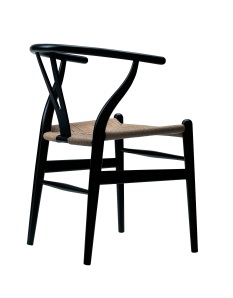 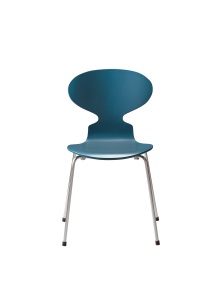 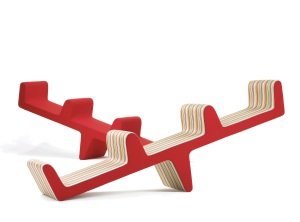 Parts of a Rainbow, Christian Flindt, 2005

A new Scandinavian Modern revival is under way, but it’s not quite the same as when the classics were created. New materials and experimentation with technology spark innovation in form and function while retaining the deep traditions of the past.

Judith Gura has followed the Scandinavian furniture industry for almost 30 years. After realizing a book had not been written about the industry since the 80s and taking note of the growing number of new designs introduced since the classics, she knew it was time for a Scandinavian revival. The result was the creation of the recently published, “Sourcebook of Scandinavian Furniture.” I had the opportunity to discuss the book with Judith and explore what she sees as the driving forces behind today’s Scandinavian furniture designs, how designers are being influenced by the classics, which innovations are breaking new ground and what she sees for the future.

What are the latest directions in Scandinavian furniture design?
The new developments are mostly in terms of new materials and technology. The original tradition of respect for craft, ecological design and love for natural materials and handwork still remains. Now there is more interest in using plastics and metals and experimenting with off-beat forms that are very obviously coming out of the machine. The other major change is that the entire market, and the designers themselves, are very international. There is no such thing as “typical Scandinavian design” any more. At one time, I could walk into a room and identify a piece of Scandinavian furniture. I can’t do that anymore …and that’s really a good thing.

What’s happened since the classics?
Nothing really happened for almost two decades. To a large degree, the designers were intimidated by the greats. They may have thought, “What can I do after Hans Wegner or Alvar Aalto?”  Either they chose not to do anything or to do something that followed in the same tradition. The other thing that hampered Scandinavian design, particular Danish furniture, was that it was good, well made and served its purpose. The Scandinavians have never had the craving for new things that Americans have – where the idea of “planned obsolescence” meant we always wanted the newest thing. In the late 60s and 70s, the Italians became much more experimental. They were more open to new ideas and the market responded to this, and turned away from the Scandinavians.

What traditions are being kept in the design styles of today?
The traditions are not as visual so much as cultural. Much of the design coming from the Nordic countries has always been socially responsible with a concern for ergonomics and universal design. In general, social concerns and humanism have had priority over novelty and design. For example, back to the 60s there was good looking Scandinavian furniture for children and they have also designed furniture for the elderly and the disabled. This tradition still informs their design today. They are as concerned with whether the chair is comfortable than they are whether it’s good looking.

Are the new designers resting on the success of the 50s?
Not any more…. but it took about two generations. This book couldn’t have been written in the 90s. Designers had to get far enough away from the burden of the tradition to feel free to experiment and explore. Around the 80s it became clear that Scandinavian design lost ground. When increasing promotion wasn’t enough, fundamental change in the design was necessary. There was an awareness that selling it as “Scandinavian design” was selling the same old image. There is no doubt that the designers today recognize they cannot count on the success of their predecessors to be successful.

Which designers and pieces best illustrate this new movement?
Design firms like Norway Says (Norway), CKR (Sweden) and Komplot Design (Denmark) are working in interesting new directions. Komplot, a team of two designers, have been experimenting with new materials, form and technology including rigid felt infused with a kind of fiber glass or resin and a chair made with laminated, heavy rubber. The firm Front, a team of four Swedish women, is using computer imaging to create pieces literally out of thin air using something called Rapid Prototyping. Some of the other designers to mention include Louise Campbell and Kasper Salto (Denmark), Stefan Lindfors and Sari Anttonen in (Finland), Thomas Sandell and Anki Gnieb (Sweden), Johan Verde (Norway) and Sigurdur Gustafsson (Iceland).

What about the future? Where do you see things going from here?
There will be more diversity overall. We’re already seeing it. Some of the new designs are crossing the boundaries between furniture and art. What’s being called, “design art” in the U.S. or limited edition pieces, is now of interest to Scandinavian designers as well. Kallemo in Sweden for instance has done some limited editions by designers like Jonas Bohlin that are as much about art as they are furniture. If you look at Chritsian Flindt’s rainbow colored Lucite stacked chairs called “Parts of a Rainbow,” that’s also a good example. All of this is going to make the market more exciting, but we’re not going to go back to the time of classic Scandinavian furniture because that belonged when it was.